For this project we had to follow a packet that taught us how to complete the following tasks:

I showcased these skills by taking screenshots of myself of doing some them, which you can see below. 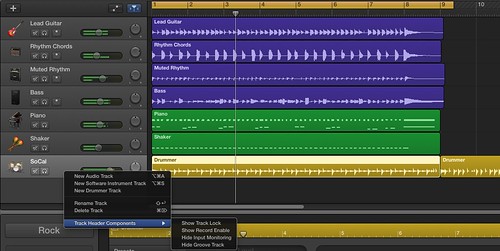 For this screenshot I added the drum track like I was instructed to, and then I right clicked on the SoCal track to open the menu with Track Header Components. There I clicked Show Groove Track. 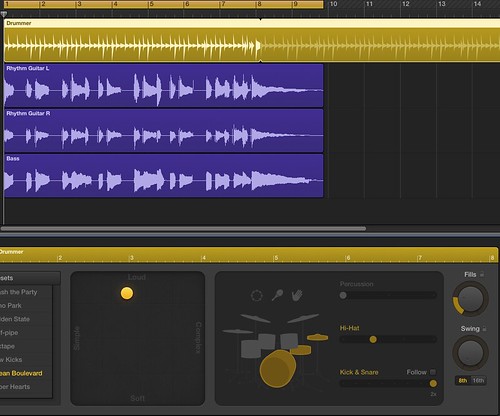 Here you can see that the small box labeled “Follow” in the bottom right corner is not checked. 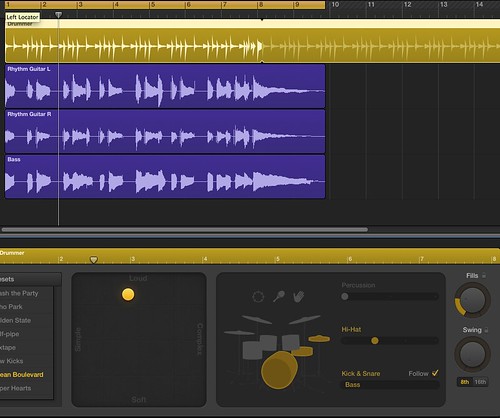 And here, it is. As you can see, by checking the “Follow” box, the drummer track begins to follow the rhythm of the three guitar tracks. You can also see that the drummer track changed, just by looking at the track and it’s wavelengths.

In this image, I have the musical typing keyboard open and am about to record a drumming track using the SoCal Kit, the very top empty track. 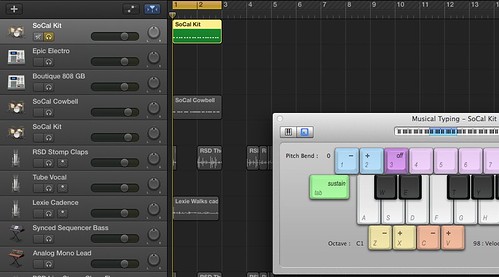 And here is the track that I recorded. You can see here that I muted the original SoCal Cowbell and recorded my own above, using the musical typing keyboard. I mainly used the A and S keys, which were the kick and snare sounds. 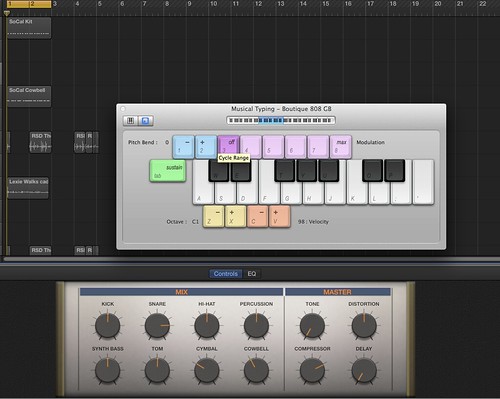 In this picture, I had the musical typing keyboard open again, and I was ready to begin recording an arpeggiated drum track using the drum kit Boutique 808 GB. As you can see, I also have the controls open at the bottom of the screen. I used them to play around and edit the way I wanted some keys to sound or not sound. For example, the J key I believe (it may have been the K key as well), had cowbell in it. So, if I wanted to soften the sound of the cowbell, I would just turn the knob labeled “COWBELL” in the controls down, and vice-versa. I was going to record this track in the empty space right above the muted SoCal Cowbell in the middle of the screen. 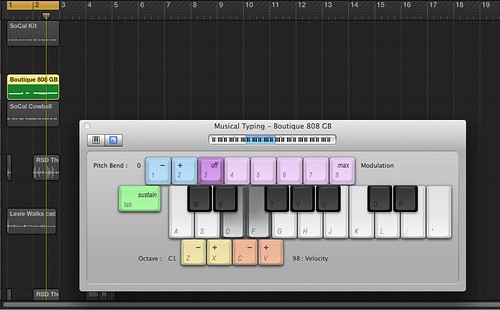 Here is a screenshot of my short recording. It was playing in this picture, that’s why some of the keys on the musical typing keyboard are highlighted. For this recording I used a lot of different keys, D, F, T, J, K, etc. Pretty much all of them, because they all had cool and different sounds that I wanted to play around with. 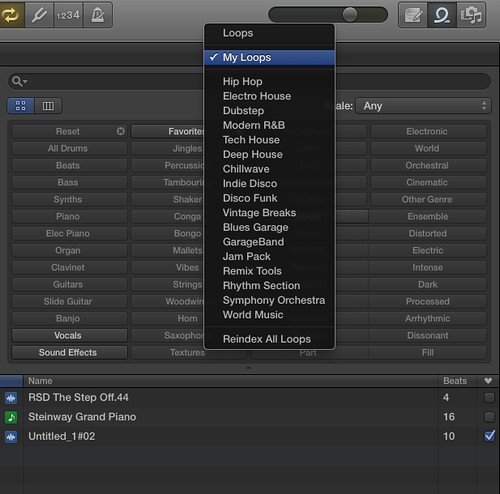 I did not get a screenshot of myself doing this part of the assignment, but here is the finished product. The green region, “Steinway Grand Piano” was a recording I made using that particular instrument. And the blue region underneath it was a recording of my voice that I added to the loop library.

Adding an audio recording region or MIDI recording region to the loop region would require you to: 1) make your recording, and end up with a blue track that indicates it’s an audio recording or a green track indicating it’s a MIDI, or that it has been recorded using the provided instruments in GarageBand. 2) Then you will need to cut out the exact piece of the recording that you want. 3) Turn on cycle mode and make sure it is a smooth loop that sounds good. 4) Press “File” in the menu bar on the top of the screen and then click “Add region to loop library at the bottom of the drop-down menu. 5) Lastly, make sure everything in the dialog menu that comes up is correct, and press create. Then it will be in your loop library.

Add Regions to the Loop Library 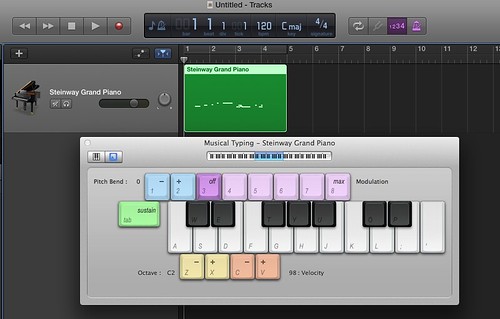 In this screenshot, I had recorded a random sound that I planned to put into the loop library. 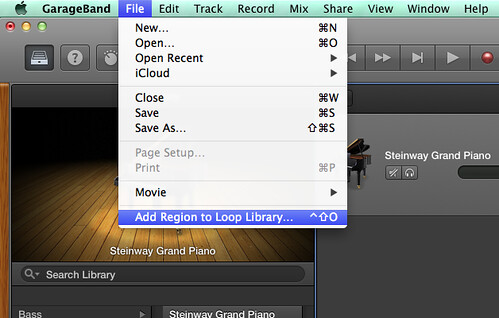 Before doing this step I had turned the Metronome off and turned the cycle mode on, I also made the cycle area shorter than the actual recording so that my loop would be clean sounding. Then I went up to the menu bar and pressed file, and then “Add Region…” 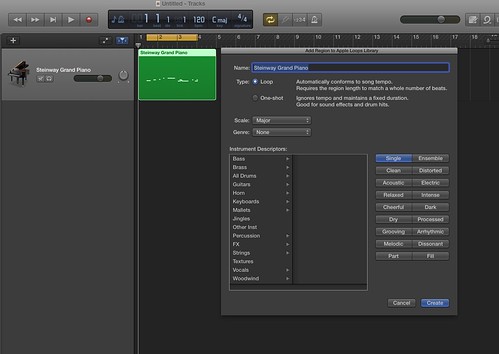 Here is right after I clicked the “Add Region…” when the dialog menu came up. I didn’t want to change anything, so I just pressed “Create” and then my loop went into the loop library.

Work with the Tempo of a Track

First, to get show the Tempo Track I had to go up to the ‘Track’ button in the menu bar on the top of the screen. Then I pressed “Show Tempo Track” in the drop down menu.

And then once I had the Tempo Track open, I proceeded to mess around with it and screw up the tempo of the given song/sound. I messed around with it by double clicking in some areas or moving the set dots up, down, left, or right.

I learned a lot from this assignment. Before doing this, I had no idea how to add my own sounds or recordings to my loop library, or really how easy it was. I also didn’t really know much at all about the tempo track or the groove track. I also know a lot more about drum tracks and drum kits and how to record with them.